The sight of Melbourne, as you drive in from the Great Ocean Road is…actually, I have no idea what it’s like. I was taking a contented siesta in the back seat when we drove in, and was only gently roused by the increasing hubbub of inner city noises once we reached the centre. Gentle rousing complete, we found ourselves engaged in the ever-enjoyable activity of staring out the window for street signs, peering at maps, and saying things like “okay the weird thing with Mackenzie Street is that it’s in two different places”, and “yeah we were right to come this way except I didn’t know there was a one-way system”, and all the other things that make me a driver’s best friend under any circumstances.

But even while we slowly blundered our way towards the car-rental-return-type-place (whose computer magically decided to add $50 to our bill for no reason that anyone, even its operators, could understand), I got a good chance to check out Melbie through the windows. And…ahhhh. It was lovely.

I mentioned when describing Adelaide how happy I got about buildings made of stone, and streets narrow enough that you don’t need binoculars to check out shops on the other side, and all those other marks of continental sophistication which Brisbane’s just a little bit reluctant to offer. To use the much neglected “compare the cities in question to things in a patisserie” metaphor, if Adelaide was a cupcake of this, then Melbourne is a big squidgy gateau with bits of ice-cream on. You may think I’m a bit weird for getting excited over the presence of a spot of archaic architecture—especially as someone who lives in Edinburgh, where every time you glance down an alley some previously undiscovered gothic cathedral is all like HELLO I AM LARGE AND AWESOME. But it makes a lot of difference to the feel of a place, and I guess I’m just kind of comfortable around it.

Actually, that’s not a bad word for Melbourne; comfortable. I mean, it was obviously a big city—way, way bigger than Brisbane—with all of the skyscrapers and bustle and teeming humanity that that implies, but I just liked it. It was nice. On our second morning there, while Morgan and Russell split off to look at shopping arcades and Melbourne zoo respectively, I just took to the streets for a gentle wander, passing through the main shopping district, across the river, and into the botanic gardens. These are gorgeous. The weather, dull and grey the night before, was making up for it in a deluge of glowing sunshine, and to cap it all I found the world’s perfect park bench.

You can’t really see in that photo just how ridiculously perfect it was, because I didn’t include the little ornamental lake, complete with ducks and wavy frond things, which is just out of sight to the right. But it was divine. I spent an hour or more just chilling with it, leafing through my guidebook and scrawling story ideas in my notebook. Then, with the sort of consummate timing that makes people do silly things involving believing in deities and such, I left the park just as the weather clouded, thunder split the sky, and a mini-monsoon broke all around me. I splashed my way happily back to the CBD, found a branch of Hudson’s Coffee, and sat writing postcards while the rain slicked down the streets outside. Perfect.

We were extremely fortunate in Melbourne, in that a friend of Russell’s from the University of Western Australia is based there, so we had a friendly native host on hand to show us all the good stuff…and even wangle us free food on one occasion. Morgan’s Aussie friend Rachael was also in the city at the time, and so through the combined local knowledge of these two guides we got shown a pretty amazing slice of Melbourne—from the magnificent stadiums of the sports precinct, to the vast Crown casino, to the bit on the riverfront where they have fire every night for no apparent reason, to an awesome rooftop bar, to this nice little place where a nacho-covered pizza cost four dollars. Win.

But even the stuff we found for ourselves was pretty amazing (you may be getting the idea now that I had quite a good time in this city). On our final full day, after spending the early morning happily watching Family Guy Star Wars in the hostel, we set out to do the museumy stuff. First up was the Immigration Museum, a place I’d thoroughly recommend. It showed the troubles and triumphs of all sorts of different waves of immigrants into Australia, and the frictions between the Aboriginal natives and the settlers, in a way that didn’t shy away from the truth, but nor did it do that self-flagellation oh-we’re-all-so-evil thing. Next up was Melbourne museum proper. And by proper I mean dinosaur bones. And by dinosaur bones I mean YAAAAAAY. 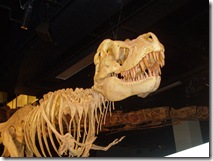 And, suddenly, that was it. No more Melby. No more companions, either; my Seattleite fellow travellers and I parted ways at the train station, they to the airport for a flight to New Zealand, me to the “Overland” train back to Adelaide, to begin my days of slumming it around this oversized landmass by rail. Without descending into sycophantic gloop, huge thanks and respect to the pair of them…not just for, you know, driving me places, but also for being just proper sound people, and a joy to travel with. And completely mental.

But now, I had to quest my way on to Adelaide. Where, I should mention, I’d been unable to find a bed for the night…

Fuckin up some flying frisbees real good on the Simpson stag. Pictures of me nicked from @zip_tie #inmyneighbourhoodeverybodygotone
'you're my first turtle!' -- @roundsquare_coffee_house barista.
Saw out the decade in just the right way. At least a few more like this in the 2020s please. 🎇
#Didavote #vote #toriesout #forthemanynotthefew #blackmetaljezza
It is Sunday morning and I am making bread and marmalade and not doing anything else thank you.
Car in Puddle (2019)
%d bloggers like this: