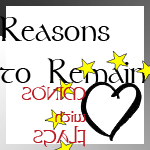 That time of year again.

Eurovision! Europop and camp couture and sequins and sparkles and occasionally a Slavic man playing the violin in a vaguely evocative way that makes you wonder if the whole thing is actually a poignant statement of cultural identity after all…and then a group of identikit Gallic or Nordic songstrels with their new smash hit “I love you baby, ooh baby, ooh ooh” to remind you that no, you were right all along.

And then the voting! Those magnificent epiphanic hours of nail biting tension, sweat and tears as you wait to find out just how many points Estonia will give Russia (hint:12), how many FYR Macedonia will offer Greece (hint:a dozen) and whether those crazy Swedes will offer their Norwegian neighbours more or less points than …eleven. (Probably more, unless Finland pull another corker out of the hat).

And yet there has to be a point. Right? I mean, I’m going to a Eurovision party tonight at someone’s house, and approximately eight hundred thousand people are going along. And I’m in bloody Australia. Do we watch it because it’s crap? Or despite? Or is it actually the artistic sublime made flesh, and we’re all too snobbish to admit it?

Proof? A thought experiment. Imagine if it were more highbrow (the Neurofission song contest?). That every country’s finest musical acts were paraded in their finest glory on this global stage. Austria’s finest virtuosos, the most glorious sopranos Italy can offer, and the best of British rock’n’roll. Or Lacuna Coil’s Italian gothicism placed against the floaty French electro-pop of Air. Bjork in all her weirdness, reppin’ the Icelandic alongside Sigur Ros. It would be better. But it just wouldn’t be the same. You might watch it, if you’d heard that Kraftwerk were actually going to take on Children of Bodom up there on the big stage. But you wouldn’t have a party, and you’d probably turn it off once your favourite band was through, and save up money to go to a proper gig.

Maybe that’s because finest-virtuosos are just what national identity isn’t. In Flames* may be Swedish, but Abba are Sweden. U2, with their politics and emotions and complex artistic humanity, could never be a 3-minute representation of Ireland. Dustin the Turkey, shouting Give us another chance! / We’re sorry for Riverdance!, can be. It’s why every national anthem in the entire world goes DUN DIDDLY POM POM AREN’T WE GREAT. They can’t  deal with…nuanced representations of the country’s national psychology, or something. If they did, they’d be rubbish.

Because people are better than countries. Artists transcend borders. Minds don’t have flags. So if we’re going to have a massive jolly country-off, we have to do it with a twinkle in the eye. We have to be represented by a parade of clowns. When we get null-points from our nearest neighbour, it has to be something we can laugh off, not a national affront. We’re all faintly aware that the idea that this place is one country, and over there is spiritually different because it’s, um, over there, is proper silly. But if we have a proper silly knees-up to celebrate it, that’s okay, and we don’t need to get too tortured about it all.

So here’s to the crappest Eurovision possible, this year and every year. It might mean no more wars ever again. Bring on the clowns!

*My examples are metal-biased, yeah. It’s what I know. Um. Sorry.

One thought on “Minds with Flags”