What the hell is creativity anyway? 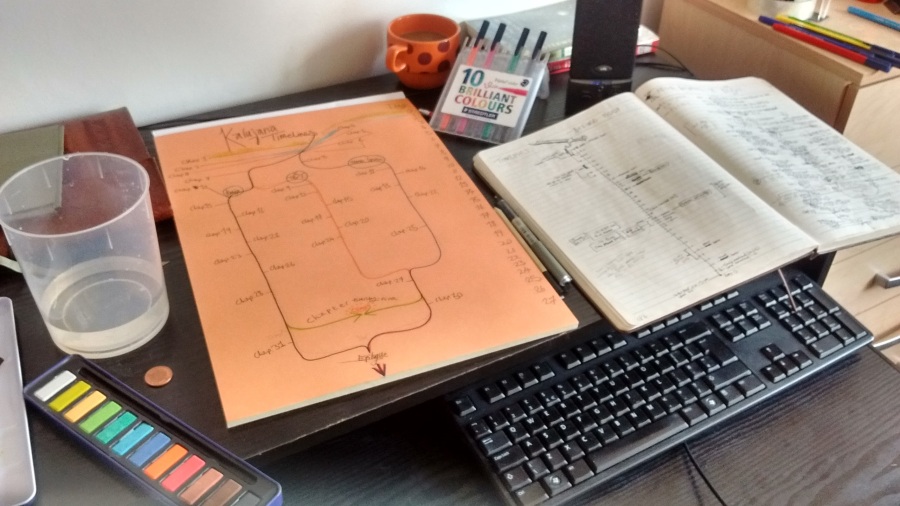 Recently I’ve been thinking that it’s a moment in flow. That it’s catching a wave. Getting so deep in the zone that you find the zone’s dead spot. And the results? Not immaterial, but incidental.

I’ve been painting. I bought a £3 watercolour set from Hobbycraft which has an awful, flimsy brush. I’m not very good at painting. I end up with banal azure stretches where I had imagined the dense bluegreenblack viscera of a storm-enraged ocean. Limp, watery washes of colour spill from the twig in my left hand. And yet painting seems to be an easy way, for me, to enter that flow. Brush in hand and music on and maybe some coffee within reach; suddenly it’s an hour later and I have an A3 page coated in insipid scrapes of colour. What’s more, I’m having a wonderful time.

This is what I’m getting at: creativity as self-justifying activity. Art as pastime.

When you decide, as I and many of the people reading this have by accident or design decided, that art isn’t just something you do outside of the thing you actually do – the career-track job that you name when people ask you what it is you do – then this makes two ideas heavy, which should be light: creativity and productivity. You assess your day, week and mood on the basis of how creative and productive you’ve been. When your art – and I use the term in the loosest sense that I can without it falling off – is more than a pastime, it can become not a pastime.

And you lose the flow. 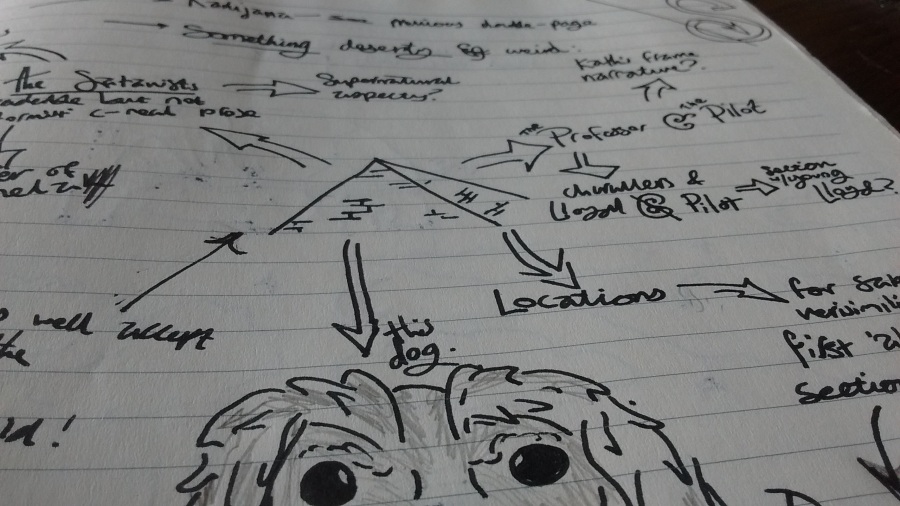 I’m saying that knowing how much I want to “create” can become a monkey on my back; I want to have written, so it can become a difficult thing to write.

This is hardest for me with prose. It’s easier for me when I paint, or draw, or play guitar, to get into the zone without asking what the zone is for. Writing is a more naturally involved process – it’s harder to let my hands take over and simply type, when my hands need my brain to dish up the words. There’s also the unavoidable fact that the same computer I do my writing and research on is a bottomless sink of pointless distractions. But more than this: writing is something which I have more public confidence in. I like sharing my blog with people, and touting for comments on Facebook and Twitter. I like sending stories to wee magazines and shamelessly self-promoting if one gets picked up. I like telling people that I like to write.

There’s no disgrace in taking pride in having written or painted or sung, in having created or produced something and showing it to others. There may be some vanity in it, but vanity’s not the sin it makes itself out to be.

But I’m starting to think it makes singing the song easier if there’s no pending applause in the back of your mind. 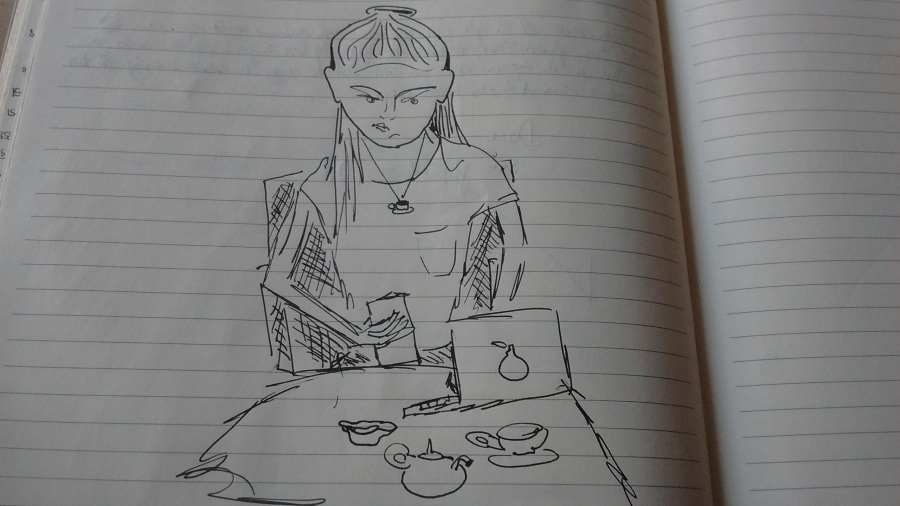 If I didn’t post this blog – either to prove my point or because my computer randomly destroyed the draft – it would be a bit of a shame. I’ve thought about what I’m trying to say and I’ve tried to say it clearly. A lot of people have made really nice comments about my blog recently, and that makes me excited to publish things on it, so that hopefully those people will enjoy this post or the next one just as much.

However I need to bear this in mind, too: I’m having fun, right now. I like fiddling with words like I like fiddling with paint. I like tweaking the images for a blog post, just as I like tweaking a chord progression when I’m improvising on my guitar for no-one’s ears but my own. If this post were deleted before I could post it, I wouldn’t have enjoyed any of that any the less.

As if to disprove my point entirely, Marcus Rashford just scored twice in five minutes to put Arsenal 2-0 down (now 2-1 – thanks #Welbz!). But this notwithstanding, I’m spending a Sunday afternoon with the football on and my laptop in front of me and a slow, lazy lunch, and I’m doing some writing. It’s a hell of a time.

Creation as recreation may be severely underrated – at least by me. I feel myself, enjoyably, beginning to think of my word processor as an infinitely customisable video game. I don’t recall ever enjoying a videogame less because I felt a self-imposed compulsion to get around to playing it. I feel myself reaching for the paintbrush (the keyboard; the pen) just because it’s within reach, and I have the time, and it’s a nice day so I might as well enjoy myself.