I awoke on Friday to clouds of sediment choking the riverlungs of London. To a low pall of unbreathable air.

This Friday was one of the mornings when my girlfriend has to get up early, and I don’t. So I was half-awake and cocooned in the pillow when she told me about the mist cloaking the river. By the time I had roused myself and walked with a handful of toast to the window, it was mid-morning and the mists should have faded. They probably had, somewhat. But a haze still sat low over the river. Hanging in the air like a lace curtain. The river filmic and enclosed. Like a scene painted just for me to see.

How precious, how fragile. Mist on the Thames.

That haze over London today, that's #airpollution set to persist over weekend too https://t.co/goJhDkli9R pic.twitter.com/2VdVcwJhGV

Not so delicate once I’d read the London Air report:

Air arriving at the south east has travelled over industrial and agricultural areas of Europe over the last few days picking up emissions.

These emissions, combined with London’s own will mean we are likely to see widespread ‘Moderate’ particulate concentrations across the city on Friday.

Not so charming at all. The mist came to seem squatly belligerent.

This morning, Sunday, is just the same. I stare across from Greenwich on the south bank to Canary Wharf on the north, and I can barely even see the high, gleaming finance temples. The other landmarks on this landmark-littered part of the shore – the masts of the Cutty Sark, the domes of the Royal Naval College, on a clear day the London Eye furthest to the west – are dim or obscured. This is not a clear day.

And it becomes too easy to imagine the low sweep of malicious air over the farms and cities of Europe. Picking up the smog of the cities and the poison pesticides of the huge agribusiness farms. Carrying these emissions across the channel without a fucking care for whether Britain is in the European Union or it isn’t, and melding them in hot melange with the toxic sludge of London’s Own. Painting them onto the river.

And it seems to me that Scotland, the home I left for this new home, might not have been a norm after all, against which exotic London might be measured, but a strange outlier of cold, thin air against an entire world of artificial haar. Not pure – I’m sure not pure – but pure enough to still pretend that exhaust fumes have somewhere to dissipate to. A high castle still remote enough to pretend ignorance of the storms gathering in the broad valleys.

You can’t efface a truth when it mixes with your sweat. Deep in the Anthropocene I shouldn’t be surprised at the visible toxins which penetrate the city I live in. I shouldn’t widen my eyes to see such huge, macroscopic-scale evidence of humanity’s consistent contempt for the rock it stands on. But I do. Maybe because I carry that contempt too; I ignore the bitter catch-in-the-gut of that truth until I can see that I’m breathing it in.

And it becomes so easy to imagine dewy-eyed lizards of smog in my own lungs, pawing through the bronchioles with their wet, suckered hands. Leaving a slick of cancer on the fleshy pink organs that they touch.

And it becomes so easy to envision the slow drip-drop of microbeads into the oceans and aerosols into the air. And the slow accumulations of the thin wands of acrid smoke which reel upwards from outdoor heaters at plaza restaurants. They mix high above with the exhaust fumes from aeroplanes and the exhaust fumes of the countless, mostly-needless cars which track their tarmac tracks across our continents.

And we are, indeed, exhausted.

Breaking news: Particle #airpollution in London is 60% HIGHER than Beijing today. Episode may continue all next week pic.twitter.com/QEGD5YvY2w

This weekend, the pollution hangs especially low and heavy on the River Thames. And I don’t know enough about air currents and where the poison goes when it isn’t here to know why. I read that it’s worse in London right now than Beijing. I wonder how happy they are about this in Beijing.

And it becomes so easy to imagine the signature which every human alive has written in the air. The exhaust they’ve breathed out over years; following them, surrounding them. Some creatures, plants and protozoa, reproduce through the emission of spores. Every one of us is surrounded, cloaked as the river is cloaked, by the barren spores of our own decline. Infertile, we spunk out a toxic springtime. It takes us straight towards a winter of neverending mist, where we cannot tell the fog from the clouds. I feel as though I am walking through and into a glimpse of this, as I walk through and into a mist on the Thames that – had I not read what I have since read – I might see as nothing more than precious, and fragile. Mist on the Thames.

Because London is drowning in smoke; and I.

I live by the river. 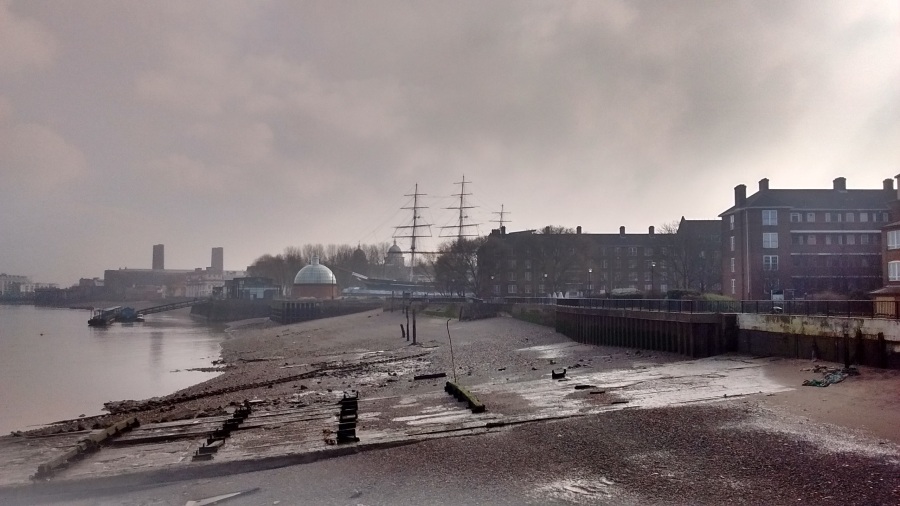 Govt mandated walks through Isolationburgh
Apparently the off-school children are playing a game where they look for rainbows in people's windows, so I thought I'd contribute. #sociallydistantcommunityspirit
Well, it's something. #rainbow #nofilter #givingbattleinvain
Fuckin up some flying frisbees real good on the Simpson stag. Pictures of me nicked from @zip_tie #inmyneighbourhoodeverybodygotone
'you're my first turtle!' -- @roundsquare_coffee_house barista.
Saw out the decade in just the right way. At least a few more like this in the 2020s please. 🎇
%d bloggers like this: